Rejection and Finding My Place


So as EVO 2015 approaches, I recently found out that my game, Battle High 2, was rejected from showing in the Indie Games Showcase.  Well I didn't get direct word, but based on some Twitter chatter and the fact that registration for the tournament ended on the June 30th, I can only assume.  There are a several reasons I can guess as to why it probably wasn't picked:

Regardless of the reason(s), I have to admit, I'm actually a little relieved it wasn't chosen.  I'm definitely not happy, but trying to get a build ready for the show as well as marketing materials and the like would have been a lot of stress.  And though getting feedback from fighting game players would have been awesome, it would have been like releasing a game through Early Access only to release the game in full a month later.  Would I have been able to meaningfully react to any feedback received?

At the same time, this rejection has sort of made me reflect on my work and my relationship with fighting games as a whole.

It sounds silly, but I probably wouldn't be in the game industry if it weren't for fighting games, or rather, I wouldn't have wanted to go into the industry without them.  I enjoyed playing video games from an early age, but when I accidentally rented Mortal Kombat for the SNES from a Blockbuster Video -- I think my age is showing -- instead of the rage-inducing platformer, Plok, I found a game I really enjoyed.  I honestly don't even remember what it was, but eventually it went into more series:  Street Fighter, Tekken, Power Instinct.  If it was being sold or available to rent at my local Toys R' Us or Microplay, I was trying it.  I even remembering wanting a Sega CD JUST to play the Eternal Champions sequel.  And though my sketchbooks contained designs for Sonic and Lemmings levels, most of it contained character concepts for fighting games, a favorite of which was Slug McDog, a strange dog-slug hybrid with a human foot protruding from its sternum.

Anyway, as I became older, due to online technology improving, the genre changed, and I think I began to realize that I was never playing fighting games in the way they were intended.  They are competitive games, yet I rarely played them this way.  True, I played against the AI, but I rarely had friends over and never entered tournaments.  To be honest, I never even knew things like that existed, and by the time I got my driver's license the only arcades in the Lehigh Valley area were on their way out.  The clearest time in the genre's life that I really noticed this was the differences between Soul Calibur 3 and Soul Calibur 4.  Ignoring the gameplay differences and mechanics, from a single player perspective, in my opinion, there is a lot more to do in Soul Calibur 3 than 4.  Not to mention, there is even less to do in Soul Calibur 5.  Regardless, it now seems most games have abandoned -- or put off -- single player content to focus on developing better online communities, and you know what?  That's fine!  This speaks to how the genre was designed.  It's helping the genre grow in popularity and in ways I never had imagined, but at the same time, I just don't feel a strong connection with it anymore.

As online became more prevalent, companies focused on it more -- as they should have -- and less on single player content.  Fortunately, some series still do a great job such as Tekken, but others, I feel, have dropped the ball such as, again, Soul Calibur and Mortal Kombat X.  The problem I run into now is that, if I'm not going to play the game online or study and go to the lab aka experiment in training mode, for hours, what's really the point?  The rich stories?  Not quite.  In fact, I once mentioned I wanted better stories in fighting games and someone joked that the players are now the stories.  I smirked and then grimaced, because there was some truth in their answer.

Anyway, in the modern fighting game, my first big problem is that I'm not competitive.  That sounds so stupid, I know; the entire genre is built around competition!  I guess, when I first started playing them, I never really thought about it that way.  They were more like puzzle games to me.  They required quick thinking and problem solving but also performance and timing with some discovery -- how do I perform that, who do I unlock if when I beat the game, etc.  When I did try to play with friends, I was met with the all too common "Ugh, you're too good and it's not fun."  It's funny I mention that, because that's how I feel about my time online in most fighting games.  I feel fighting games are most enjoyable when you fight people around your level.  Fighting a beginner isn't enjoyable and getting demolished by an expert isn't either -- even worse when it's an anonymous expert.  Some people use their losses as a learning experience and try to figure out where they went wrong, but after "learning" 20 times in a row, some people probably just feel like dropping out.  Also, I often found myself asking, "Why am I doing this?"  I don't have plans to enter a tournament like EVO, so all this time spent online getting destroyed, I'd ask myself, "What am I working towards?"  This feeling becomes much stronger when it feels like my skills have plateaued.  I know that it's not about the destination, but the journey, but when you reach that skill plateau, it feels like the journey has stopped, and with so many games, there's little incentive to keep me playing.

To summarize, I'm a filthy casual who doesn't want to invest the time to git good!

My Place in the FGC

The Fighting Game Community, or FGC, is really something I didn't know much about until recently -- though I still don't know tons about it -- but when I found out about it I really thought, "Wow, there is a huge following for fighting games and I want to be a part of it!"  There are two problems.  One is I tend to be shy and a bit introverted.  I went to EVO in 2014 with a friend, and didn't really introduce myself to anyone new, but where I excel at is when someone ask me a question or has a reason to approach me, which is why I submitted my game to EVO in the first place.  Also, I've yet to really learn about a fighting game community in Pittsburgh, or even if I did, dedicate any time to it.  Fortunately, with the introduction of Victory Pointe, a new arcade / gaming center in Pittsburgh, I may, but again, I have to find time to go there. 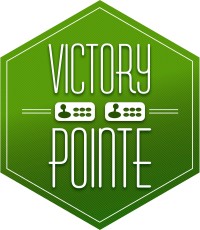 The second problem is by the time I really wanted to be a part of it, I was already working and didn't have the time to become a major player in the community.  That's why I developed a fighting game to begin with.  I thought, "I'll contribute to this community by creating new games for it!"

Though as I started to develop Battle High, I realized that the desires for what players of the genre want is really out of sync with what I can / want to do in the genre.  I know very little network programming for example, so a good, competent online mode of any kind just isn't going to happen quickly.  I get to a crossroad; I could either invest an unknown amount of time to becoming an expert on the subject or just not do it and focus my attention elsewhere.  I've chosen the latter.  At the same time, do players even want new games?  I think the obvious answer is yes, but you have to be so careful, because if the new game isn't good, most will go back to what they know and like more.  For example, there is still a huge following for Smash Bros. Melee, which was released in 2001.  I think it's not so much that they don't want new content, but in a niche genre, being established -- whether it be through the IP or publisher -- really improves your chances of success.
So, with the rejection of Battle High 2 from EVO, I ask myself again, "How can I contribute to this community?"  In addition, I have to ask, "Do I even want to?"  Sure that sounds salty -- and it is to a degree -- but it's not really in a "HOW DARE YOU NOT ACCEPT MY GAME $*&(%&($&(#!!" kind of way, but more in a "Maybe this just isn't for me."

My Place as an Indie Developer

Indie development, in some ways, is similar to fighting games.  It's niche and competitive, and like the FGC, I don't really play a big part in it.  I'm slowly showing off more of my work in various forums, such as this, but as a whole, I just find that I'm way too busy to really contribute, but then I think, similar to playing online, "Why am I doing this?"  Now I know why I make games outside of my full time job, because I really enjoy doing it and if I weren't, I'd probably be bored, but someday I get stressed, I let the ideas of competition and worrying about what player acquisition or marketing get too overwhelming, almost paralyzing, and I just have to stop myself and ask, "Why?"
For one, I don't need to worry about these things.  I develop games on the side as a hobby.  Sure, it'd be nice to make money and have a lot of people like my work, but I don't produce enough of it consistently enough to have a following, but I'm not putting in hundreds of thousands of dollars into my games or have a team of 8 that needs to pay bills, so I don't need to make that much back.  I really consider myself now as an advanced hobbyist; I only add the word "advanced" since I'm trying to get my work on Xbox One, knowing full well I could just settle for platforms with lower barriers of entry.  Now if I were to go full indie, my feeling on this would change.  I no longer could call myself a hobbyist, but at the same time, I would have more time to focus on business and marketing and community -- things I don't have time to focus on or the skill to do well enough yet.

Anyway, I'm using my rejection from EVO as a time to reflect and learn.  Maybe making a fighting game isn't really for me.  Maybe I need to stand back and figure out what aspects of fighting games I enjoy, and what can I take away from them to make a unique, story driven experience like I've been wanting lately.  Also, I'm still going to work on and finish Battle High 2 A+, but I'm going to do it my way.  I'm not going to do online and instead focus on new single player features.  I know this isn't the popular choice, but I think it's the right decision for what I can and what I want to do.  Of course, why even finish the game, right?  Well, that's just because I hate leaving projects unfinished.
Overall, right now, as an introverted advanced hobbyist -- yes, I know that's a bit eyeroll inducing -- I want to find where I fit into these groups, if at all, but, knowing that both are hobbies, the moment either one begins to stress me out unnecessarily, I just need to step back and seriously ask "Why am I doing this?"